From Playbill to Pulitzer

When I was eight years old, I decided that when I grew up I was going to be a writer. Granted, that was if (and only if) my obvious career as a prima ballerina didn’t work out, but nonetheless I had a solid back up plan and a course of action on how I was going to make that happen. I started my first business right around then as well. Business cards made on Microsoft Paint that had my name and business proudly printed on a sheet of computer paper, I confidently walked up to my best and most loyal customers (Mom and Dad, of course) and advertised that I, for a small fee, would write and illustrate a story about any topic they so chose. I was excited, and for about a whole hour or so following that, I stayed excited. One dollar, half a story, and some boredom later, I decided I was through with my business and was going to open a restaurant instead (so conveniently located upstairs in my plastic kitchen set where my most loyal customers could easily dine on plastic food, for a fee, obviously).

Needless to say my book writing entrepreneurship didn’t last. As I grew up, like any kid, I went through an array of careers that were all, at the time, so perfectly suited for me. I even once thought of the foolproof plan that I would be a ballerina while my sister ran my dad’s company and then halfway through our lives we would switch careers. Brilliant, right? Well, years went by and common sense decided to kick in along the way, and as I entered high school, the idea of journalism as a career stuck. You know this, I’m a broadcast journalism major, blah blah blah…. Moving on…

Broadway journalism. What? Huh? Who? You’re lying, that doesn’t exist. Except that I’m not. And it’s a real thing. And the minute I found that out I was so excited to start my career I could barely contain myself (of course once I had time to actually think about I decided the real world can wait and I’ll enjoy my two remaining years of college thank you very much, but still it’s nice to know I finally have a realistic end goal (besides the ballerina thing, of course)). But back to the point, yes it is a real thing, and it’s when journalists write for websites such as Playbill.com and Broadway.com, do interviews with upcoming and veteran Broadway stars, film webisodes from backstage of an up and coming musical, and basically report on all of the ins and outs of everything related to the Great White Way.

…in other words, a career made specifically for Wendi Reichstein.

Whenever my family attends a musical, whether in Manhattan or at the Hobby Center in Houston, I am (no shame) the person that will get up during curtain call to quickly get to the stage door, Playbill, camera, and Sharpie in hand, ready to meet the extremely talented performers I just saw. Think of it as a normal (normal as in not a self-proclaimed theatre geek) person waiting to see if Lady Gaga will come out and sign autographs after a concert. It is such a rush for me to meet somebody so talented that has just given me a show stopping performance in (most likely) one of my favorite musicals and get their autograph on that show’s Playbill. Honestly, meeting someone like Jeremy Jordan (who starred in Newsies) was probably more of a thrill than if I had met Kanye West, and I’m completely fine with that (especially because the line outside a Broadway theatre is usually less than a line outside the Staples center…just a guess).

So, as my classes, internships, and additional broadcast journalism “training” continues until I enter the real world, I’m (not so) patiently planning out how and when I can start becoming a Broadway journalist. Because one day, I’ll be standing outside the stage door with a pad of paper instead of a Playbill and a tape recorder instead of a Sharpie, ready to interview a Broadway performer not only because I’m a fan, but because I’m lucky enough to be able to do that for a living.

Sometimes when you stage door, it’s really fun and you happen to look really good which is optimal for photo taking (which you’ll do, of course, because to every theatre geek anybody on Broadway is a celebrity. Perfect example: Laura Bell Bundy from “Legally Blonde” [my sister, Samantha, and I]. 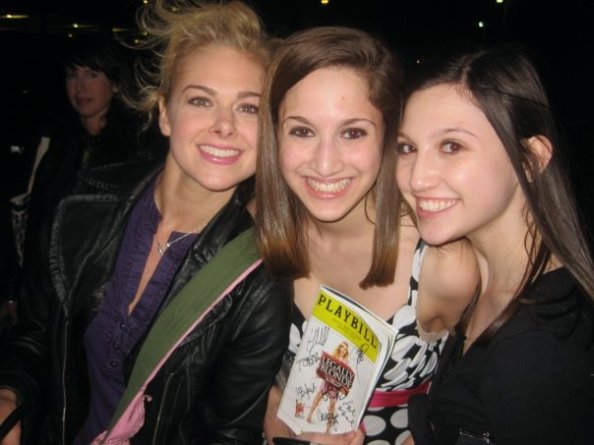 But sometimes, you take the picture during your awkward teenage years. Though you don’t look your best, you’re still with a celebrity, so this can be overlooked. Example: Anthony Rapp from ‘Rent” 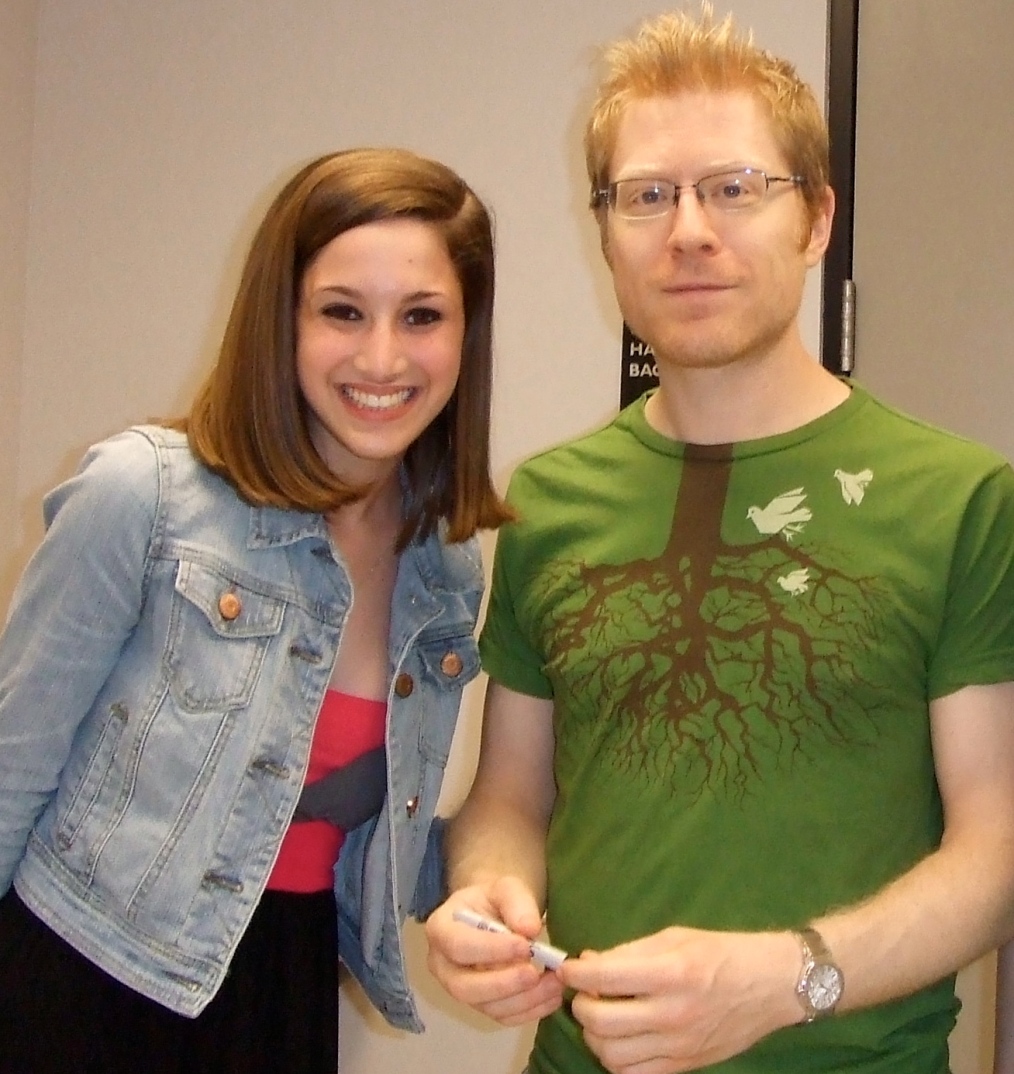 Sometimes, you take really cute pictures. (Andrew Rannells from “The Book of Mormon” [also now on “The New Normal”]) And sometimes, it’s hot and humid and the middle of summer and you look awful but you are so dang excited that you got a picture with Jeremy Jordan that, against your better judgement, you go ahead and post it anyway because it is that big of a deal (to you, and probably to nobody else, but still…) 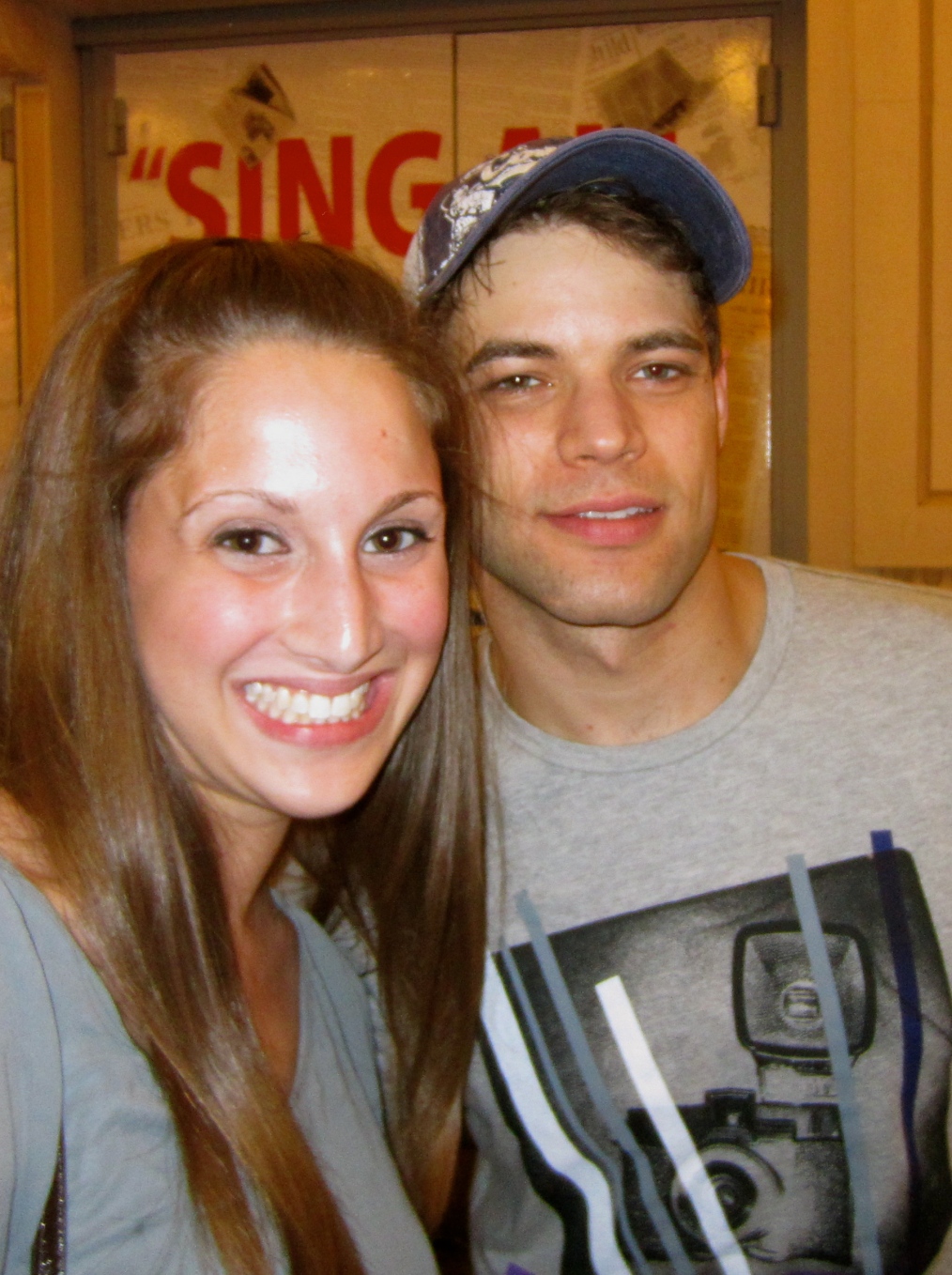 And lastly, sometimes you have a picture you are so excited about that, even though you technically didn’t stage-door for it, you subtly stick it at the bottom of the blog. Because the people who have read this far will definitely appreciate it, and because you’ve showed them pictures of you with people they literally have never seen before, they can finally say they recognized someone you’re in a photo with. 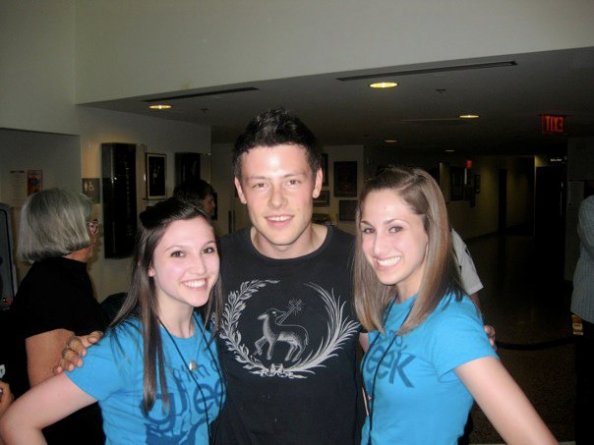 Welcome to my little, personalized, and (mostly) fun corner of the internet. Whether you're here to read about Broadway, entertainment, or the laughable struggles of a recent college graduate making it out in corporate America, you've come to the right place. I graduated from the University of Texas at Austin (hook 'em!) with dual degrees in broadcast journalism and theatre, and currently work full time as Director of Regional Marketing for Broadway Across America. My weaknesses are chips and queso, Dance Moms, romantic comedies, photo booths, and show tunes. Resume, writing samples (more serious ones...), and my life story can be found at https://www.linkedin.com/in/wendireichstein/.
View all posts by Wendi →
This entry was posted in Broadway, My Future, Uncategorized and tagged Broadway, career, celebrity, future, journalism, playbill, stage door, theatre. Bookmark the permalink.

5 Responses to From Playbill to Pulitzer